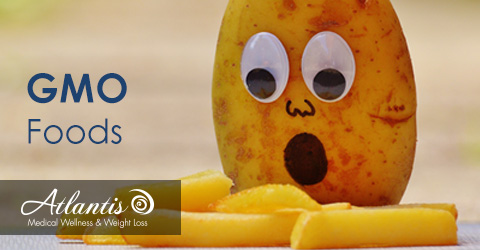 eOne of my favorite quotes is from John F. Kennedy on June 11, 1962 at the Yale University Commencement Address the day after I was born:

“The great enemy of truth is very often not the lie–deliberate, contrived and dishonest–but the myth–persistent, persuasive and unrealistic. Too often we hold fast to the cliches of our forebears. We subject all facts to a prefabricated set of interpretations. We enjoy the comfort of opinion without the discomfort of thought.”

In today’s realm of “google experts” and self proclaimed blog experts, this quote has never been more applicable.

You cannot go through your day without hearing about some issue with the food we eat.

Food is a very emotional subject. Food and Family. Food in Culture. Comfort Foods. Food as Medicine. Food we feed our children. So when we mess with food, we mess with these emotions. Never is this truer than the subject of Genetically Modified Organisms (GMO) or Genetically Engineered (GE) foods. When you search the internet you see titles such as “The Truth about GMO foods” or “Facts to know about GMO,” etc. Sources of information can sound legitimate like “The Institute of… “or “Research Center of….” But when you look closely at the source you see it is a person or group of people who do not do legitimate research. They are simply activists aggressively pushing an anti-GMO agenda. On the other side of the coin you can find legitimate individuals or groups doing research who are also blinded by agendas. In between those two extremes there are profit focused companies, conspiracy theorists, and conflicting literature with no answers to your concerns. Worse, you read quotes touting absolute answers such as this one from a Science Based Medicine (SBM) article this year on GMO safety stating:

“The bottom line is that there is no particular reason to believe that currently available GM crops pose any health risk or that they are different with regard to their safety and nutrition from their conventional analogues. There is also nothing about the current processes used to generate GMOs that would theoretically pose a unique health risk. It is especially compelling that over the last two decades, animals and humans exposed to GMOs have not experienced any relative increase in any major disease.” ~Steven Novella, MD (Science Based Medicine editor)

Any basic geneticist is aware that it takes more than just a few decades to fully understand the effects of genetic engineering safety and change. This is not a bottom line answer. This confuses the general consumer. Both pros and cons have all been supported in the scientific literature (1,2,3).
Regardless of your perspective, you have likely eaten a GMO food today. Soy is one of the most heavily modified foods in the country and almost 85% of corn grown in the U.S. is genetically modified (4,5) which means over 75% of the processed foods we eat has a GMO component to it. Spoiler alert: I do not have a definitive answer to your GMO questions here. However, I do have some linear thought for your consideration that will help you be a better reviewer of what you will find on the internet.

What is GMO in context with food? Simplified, it is taking genes from one species and inserting it into another. And today we can do that with significant precision. Yes, we can manipulate species specifically and relatively efficiently (6). The idea is to remove undesirable DNA and replace with DNA that produces desirable traits. The scientific community is currently very efficient in DNA manipulation utilizing technologies such as CRISPR and TALEN. GMO modification allows for insertion of foreign DNA and new proteins not found naturally in food species and allows for a rapid and artificial evolution of change. Many concerns of anti-GMO activists come from an older perspective with less precise genetic modification techniques. These new tools are far more precise and alleviate issues such as unknown DNA transfer and creating unknown species.

Touted benefits of GMO foods include stronger crops, less use of pesticides, larger crop production, environmental protection, food availability in food poor populations, and decreased food prices (7,8). In general, the overall safety is supported by the majority of science and health organizations, as summarized by the recent publication of the National Academy of Sciences report on GMOs (9).

Negative effects of GMOs include the development of “super weeds” resistant to herbicides, increased general public allergic reactions as a result of a combination of GMO and the use of herbicides, environmental damage due to rapid genetic species modifications and introduction into the natural world, unintended negative genetic migration from GMO species to non GMO species, lower resistance to antibiotics, and no real economic advantage. The argument that foods can be modified to be more nutritious has not been supported fully in the literature (10,11).

What is interesting is that within our own government there is confusion. On one hand, the U.S. Patent Office absolutely and definitively distinguishes GMO foods from non-GMO foods while the FDA states that there is no difference. There is so much focus on GMO foods at the extremes that the big picture gets missed. The idea of whether GMO foods should or should not be labeled because of safety issues is a smoke screen that confuses the issue of safety. Labeling is about informed consent, not safety.
GMO foods you probably eat: Corn and anything derived from corn, Papayas from Hawaii, rice from China, potatoes, anything soy or soy derived. Don’t fool yourself. If you drink milk, beer, vodka, or use salad dressing, margarine, eat french fries, or anything with flour, you are likely ingesting something GMO. GMO produce has been found all over the world in fields not intended to have GMO produce.

GMO foods can solve many of the world’s hunger issues. Overall, the scientific literature supports the general safety of certain GMO foods. It is too early to have a full understanding of risk and benefits, especially when looking at long term effects of the general population simply because not enough time has passed for proper study. For one side of the argument to say they have all the answers is premature and downright irresponsible. As someone who has studied genetics, I am less worried about the safety of GMO crops than I am worried about extinction. The biggest issue I have with GMO and food is the deterioration of our genetic diversity. As crop diversity decreases, so does our ability to adapt. Diversity is what would allow species of crops to adapt to unexpected change. As the world depends more and more on GMO foods we put crops and ourselves more and more in danger of extinction.

My final take is this: GMO foods, like irradiated foods, must be labeled in order for the general public to make an informed decision. There is no final answer to the question of GMO safety. Genetically engineering out diversity puts crops and people at risk for survival. Worried about GMO exposure because of inadequate labeling? Eat less processed foods. Understand that eating whole basic foods grown from known local sources does not guarantee a non-GMO exposure. However, it may minimize it. Beware of any source of information touting “final answers” or “bottom line” to safety or lack of in GMO foods. We do not have all the answers. And like most things in life there are benefits and there are risks. Time will be the final judge.

~Dr.Gonzàlez is the Medical Director of Atlantis Medical Wellness Center in Silver Spring, MD. He is a practicing physician seeing patients from all over the world. He spent over a year in his education studying genetics, specifically the effects of the topoisomerase molecule and its effects in DNA manipulation. His education and experience in Nutrition, Medicine, and Genetics gives him a unique and legitimate perspective on the subject and the issues of GMO foods.”